Kweysi Swat – Had I Known. Fast-rising Ghanaian singer Kweysi Swat after a long while comes to us with genuine banger dubbed “HAD I KNOWN“.

The singer made himself known in the system when he got featured on Guru’s mega track – Bad Energy which was released last year as part of the rapper’s “Voice Of The Street Compilation”.

Over the year he has served us with all that his fans be expecting from him highlighting his tune “Not Love Song” which was dropped early May this year and Onyonko Reloaded featuring  Obibini, Amerado, and Opanka.

Had I Known Kweysi Swat was produced by Wei Ye Oteng. 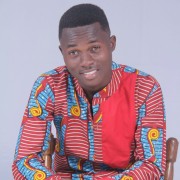