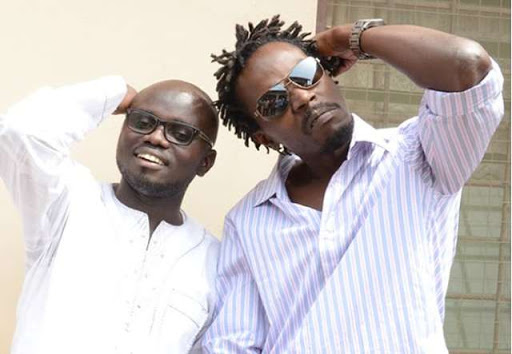 Kwaw Kese has disclosed that thoughts about his time in prison coupled with his manager’s demise gives him strength.
In an interview on Hitz FM, the “Masa I Beg” rapper said spending time in prison compounded by losing his manager months before that was the worst experience an artiste could endure in a single year.
Kwaw disclosed: “With all these happening to me in a year and I still kept on doing me. I consider myself to be the strongest musician in Africa because it’s not easy and I thank God for that because we’ve heard of other people’s stories and they couldn’t continue.”
Kwaw also revealed that he is no more a boy but a man because he has faced a lot of challenges in life and he has to keep his resolve and be responsible.

Touching on how the current music system is being operated, Kwaw stated that things have changed therefore  should not expect ‘old Kwaw Kese’.

Kwaw said nowadays, disc jockeys, who play a lot of foreign songs, expect Ghanaian artistes to pay  money before they play their songs.
“A lot of deejays are now artiste managers and they play songs of their artistes so the game has now changed. I am thinking of being a deejay myself so I can also play my own songs but aside that Ghanaian music is doing well,” he explained.
In 2014, Kwaw Kese’s manager Fennec Okyere was murdered, his wife divorced him and he was also incarcerated.

I'm a teacher, blogger, web developer, digital marketer, and entrepreneur. I own ShataGhana.com, ShataAfrica.com, Thedigimall.com and newsstandgh.com. They are all subsidiaries of NabsTech - an IT and Media firm. Contact me on (233) 0544488286/0551352790 or email me at [email protected] Thank You.
@emryswalker
Previous [New Music]Shatta Wale – Kasoa (Prod. By Notnice) Download mp3
Next [New Music] Choobi -Browse Ft Snyper X Litmus (mixed by Elite records) download mp3