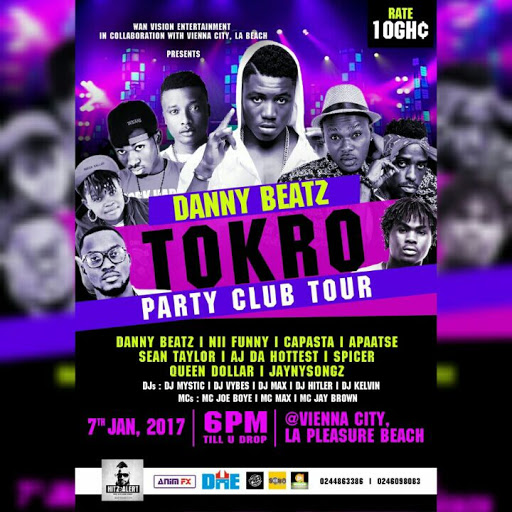 According to the management of Danny Beatz, the initiative is to serve Accra with a unique club night as Danny Beatz unites with his fellow associate acts/friends and push his Brand to the next level, the General manager of Wan Vision Entertainment Samuel Fiifi Afful (Naa Soka) says management is putting up a lot of activity’s to serve Danny Beatz fans (DannybeatzEmpire) with a lot of Entertainment and also get closer to them.

I'm a teacher, blogger, web developer, digital marketer, and entrepreneur. I own ShataGhana.com, ShataAfrica.com, Thedigimall.com and newsstandgh.com. They are all subsidiaries of NabsTech - an IT and Media firm. Contact me on (233) 0544488286/0551352790 or email me at [email protected] Thank You.
@emryswalker
Previous [New Music] 5Foe ft Ben Brainy – BOMO (Prod by Kwasat) Download mp3
Next [New Music] Kashito – U go kill me (Prod by Kodask beat) Download mp3